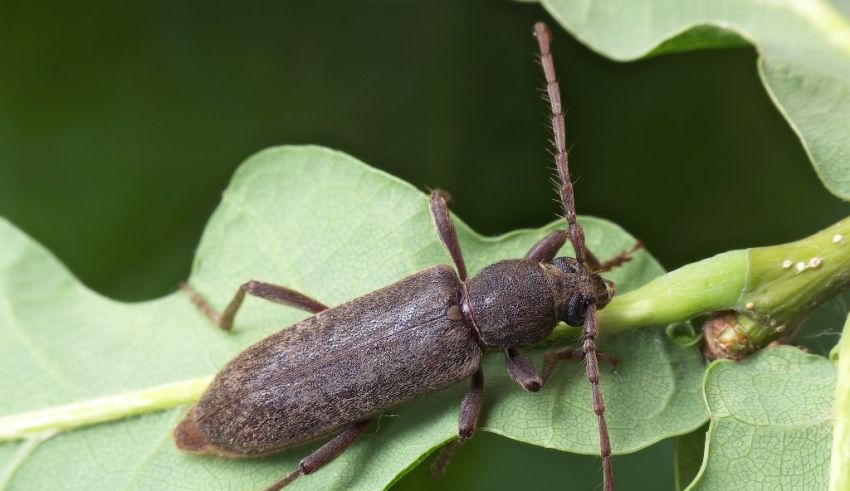 Following a tip generated by citizen scientists in the Porterville/Tulare area, UC ANR researchers have installed traps to determine the potential for Velvet longhorned beetle, Trichoferus campestris (Coleoptera: Cerambycidae), introduction to the southern San Joaquin Valley. The beetle, also called Mulberry longhorn beetle, is native to Asia and Russia, but now has an extended geographic range across Europe and North America.  The pest is currently established in 4 counties in Utah, with cherries and peaches serving as hosts. 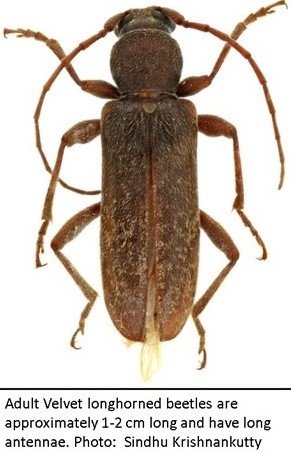 The Velvet longhorned beetle is not a serious pest in Asia and has only had a low impact on European timber and orchard production.  The insect pest is of concern due to its potential to impact fruit yield and decrease tree longevity. It has been repeatedly intercepted at ports of entry in California; however, it is not known to be established in the state.  Because the pest has a wide host range, affecting over 40 genera of broadleaf and coniferous plants, and is tolerant of dry conditions, researchers and regulators have initiated monitoring efforts for the pest.  Locally, traps have been installed in dried plum and fresh prune orchards in Tulare County.

The Velvet longhorned beetle may serve as a pest of forests and orchards, and it has been moved internationally on wood packing material and in furniture and home décor. The adult beetle is large (around 1-2 cm), brown, has long antennae, and is nocturnal. Its peak mating activity is in June/July in Utah.  Black Intercept Panel Traps were established in Tulare County in June and will be removed prior to prune harvest in September. — By Elizabeth Fichtner & Houston Wilson, UC Cooperative Extension