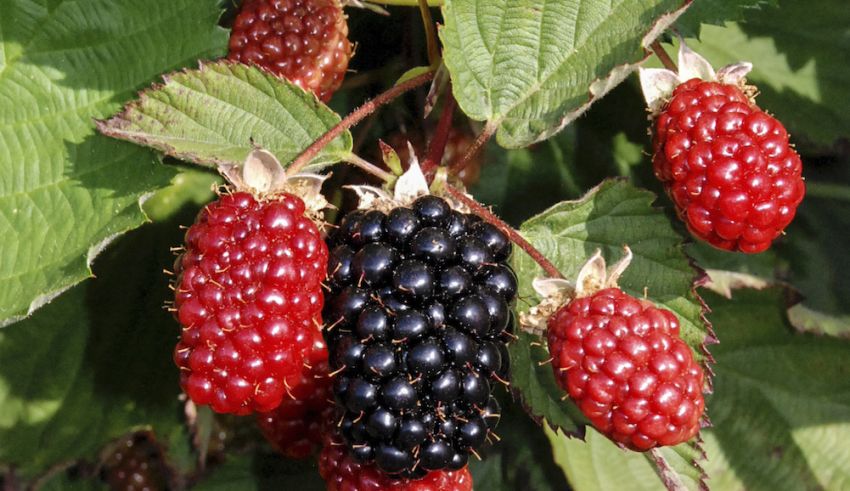 The best of eastern and western blackberry genetics have been melded to create Eclipse, Galaxy and Twilight, three new blackberry varieties released by the Agricultural Research Service (ARS).

Eclipse was the first of the three varieties from these crosses to move from the test fields to final selection. Its name was changed from ORUS 2816-4 to Eclipse to commemorate the total solar eclipse visible in Corvallis in 2017.

One of Eclipse’s parents, Triple Crown, known for highest marks in productivity, vigor and flavor, ripens in late summer. Eclipse inherited the same triple high scores, but it ripens earlier, filling a hole in the fresh market harvest season between when trailing varieties ripen and when Triple Crown ripens.

“Eclipse inherited Triple Crown’s outstanding flavor, beloved for its sweet, fruity taste, with hints of root beer and spice. But what Eclipse has that Triple Crown doesn’t is a firmer skin that gives you a good pop when you bite down. Firmer skin also means the berries handle and ship better and don’t leak, which is always an attractive feature for the fresh market,” said biological technician Mary Peterson, who works in the blackberry breeding program.

The second blackberry release, Galaxy, also has Triple Crown as a parent and inherited similar traits, with the firmer skin of Eclipse. But it produces a few days earlier than Eclipse. Galaxy’s berries are slightly larger than those of Eclipse with dark-colored fruit.

The third release was named following the same sky theme, and the specific name Twilight was selected because it ripens last of the three varieties, 4-5 days after Eclipse, Peterson explained.

With an ancestry seven-eighths eastern U.S. blackberry and one-eighth western blackberry, Twilight is higher yielding than Eclipse. Tasters have remarked on its complex, deep blackberry jam flavor, with floral and honey notes, but the berries are perhaps not quite as sweet.