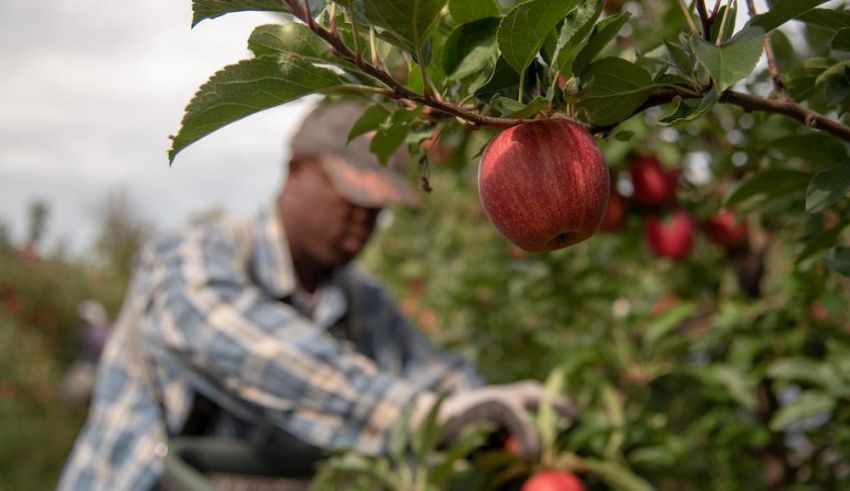 The Silk Road – the 4,000-mile stretch between China and western Europe where trade flourished from the second century B.C. to the 14th century A.D. – is responsible for one of our favorite and most valuable fruits: the domesticated apple.

Snack-packing travelers would pick apples at one spot, eat them and toss their cores many miles away. The seeds grew into trees in their new locations, cross-bred with the wild species and created the more than 7,000 varieties of apples that exist today.

Hybridizations with wild species have made the apple genome very complex and difficult to study, but a team of multi-disciplinary researchers – co-led by Zhangjun Fei, faculty member at the Boyce Thompson Institute, and Gan-Yuan Zhong, a scientist with the U.S. Department of Agriculture-Agricultural Research Service (USDA-ARS) in Geneva, New York – tackled this problem by applying cutting-edge sequencing technologies and bioinformatics algorithms to assemble complete sets of both chromosomes for the domesticated apple and its two main wild progenitors.

The team’s research is described in a paper published Nov. 2 in Nature Genetics, with authors from BTI, Cornell, the USDA and Shandong Academy of Agricultural Sciences.

The researchers found that the apple’s unique domestication history has led to untapped sources of genes that could be used to improve the fruit’s size, flavor, sweetness and texture.

“Plant breeders could use this detailed information to improve upon traits that matter most to consumers, which today is primarily flavor,” said Fei, also an adjunct associate professor in the College of Agriculture and Life Sciences’ School of Integrative Plant Science.

“Perhaps more importantly,” he said, “the information will help breeders produce apples that are more resistant to stress and disease.”

Fei said the new study was the outgrowth of an earlier collaboration, published in Nature Communications in 2017, which traced the history of apple domestication and evolution along the Silk Road.

Follow-up discussions among Fei, Zhong and other colleagues at Cornell inspired them to build better apple reference genomes by applying new sequencing and assembly technologies to material in USDA’s Geneva Clonal Repository, which houses the largest collection of apple accessions in the world. Many of these accessions can be traced back to the Silk Road.

In the current work, the researchers sequenced, assembled and compared the full reference genomes for three apple species: Gala, a top commercial cultivar of Malus domestica; and apple’s two main wild progenitors – the European crabapple (M. sylvestris) and the central Asian wild apple (M. sieversii), which together account for about 90% of the domesticated apple’s genome.

The results provide apple breeders with detailed genomic roadmaps that could help them build a better apple.

“We wanted to develop new genomes, especially the wild progenitors, because of the tremendous impact they could have on understanding apple’s genetic diversity and identifying useful traits for breeding new cultivars,” said Zhong.

By comparing the three genomes, the researchers were able to identify which progenitor species contributed the genes responsible for many traits in the domesticated apple.

For example, the team found that the gene giving apple its crunchy texture is located near the gene that makes it susceptible to blue mold.

“Now that we know exactly where those two genome regions are,” Fei said, “breeders could figure out a way to keep the texture gene and breed out or edit out the blue mold gene to produce a more disease-resistant cultivar.”

The team also assembled pan-genomes for the three species. A pan-genome captures all of the genetic information in a species, unlike a reference genome that captures one individual organism. Pan-genomes are especially important for a very diverse species like apple.

The team identified about 50,000 genes in the pan-genome of the domesticated apple, including about 2,000 that were not present in previously published reference genomes for apple species. “These ‘missing genes’ turn out to be really important, because many of them determine the traits of greatest interest to apple breeders,” Fei said.

Using RNA extracted from different stages of Gala fruits, they also identified genes linked to texture, aroma and other fruit characteristics that were preferentially expressed between the two copies of the genes.

“That provides us and breeders with an even deeper understanding of the genetic diversity underlying a particular trait,” Zhong said. “The findings will help our group better manage and curate more than 6,000 apple accessions in the USDA Geneva Clonal Repository, as well as enable us to provide critical genetic and genomic information associated with the accessions to breeders and other researchers.”

The team is planning on sequencing other wild apple species, which Fei said may have valuable traits that could improve stress-resistance and resilience in the domesticated apple.

The research was supported by the USDA-ARS and by the National Science Foundation. — By Michael J. Haas, Boyce Thompson Institute