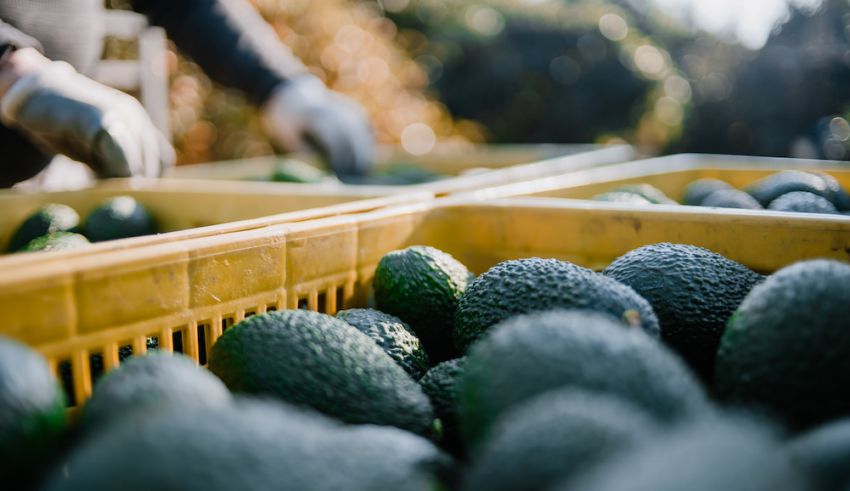 Mexico avocado production for marketing year 2021/22 is forecasted eight percent lower than the record production observed the previous marketing year. While production will remain strong, growers expect trees will need to recover for a season. High international demand and attractive global prices has encouraged producers to export product for higher returns. And while Michoacán is the only state with phytosanitary certification to export to the United States, exports to other global markets are expected to increase in the coming years.

The Post forecast for MY 2021/22 (July/June) avocado production is 2.33 million metric tons (MMT), eight percent lower than in the previous MY on reduced tree productivity. Grower’s state that they are expecting needed tree recovery after record productivity and production (especially in Michoacán) in the MY 2020/21 season. Additionally, insufficient rainfall and high temperatures are likely to reduce production and yields in non-Michoacan producing states. Planted and harvested areas are forecasted at 227,126 hectares (ha) and 225,910 ha respectively, with a national yield of 10.30 metric tons per hectare (MT/ha). Harvest reaches peak from October to February, with average supply from March to May, and low season from June to September.

Michoacán is the top producing state in Mexico, with 75 percent of national production and 81 percent of total production value. Michoacán is also the only state with phytosanitary certification to export supplies to the United States. According to the Association of Avocado Producers and Packers and Exporters of Mexico (APEAM), there are more than 29,000 registered producers in the state (with small orchards of five to ten ha) with year-round production through four harvests. The first -and most productive- harvest of MY 2021/22 is forecasted 36 percent lower than the previous MY. The main avocado-producing municipalities are Peribán, Los Reyes, Uruapan and Tancítaro. Michoacan’s production forecast for MY 2021/22 is 1.78 MMT, nine percent lower than the previous MY, with planted area forecasted at 167,401 ha, and yields forecasted at 10.64 MT/ha. Approximately 63 percent of the states orchards are rain fed, and the remaining are equipped with drip or sprinkler irrigation systems.

Jalisco is the second largest avocado producing state with more than 250,000 tons produced year-round from 3,100 producers (medium sized production of 10 ha or more, and 50 percent of total area among 15 to 20 growers). MY 2021/22 planted area is forecasted at 21,414 ha, two percent higher than the previous MY. Jalisco has 12,000 ha that are five years old or less among its 75 growing municipalities. Eighty-five percent of orchards are irrigated with either drip or micro-sprinklers, and planting is high density and sophisticated with technological advances like drone usage to monitor crop advancement and health. 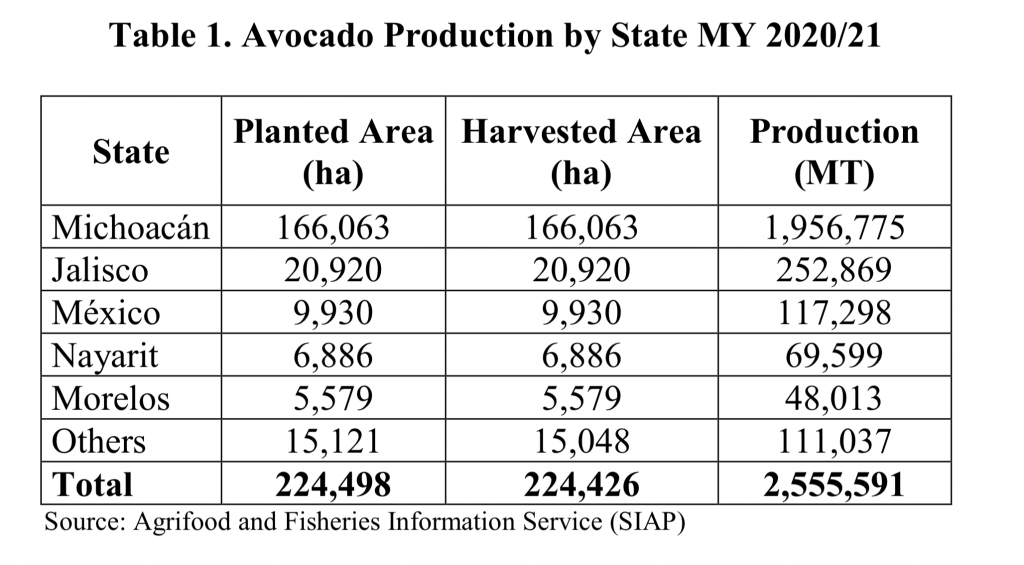 Most fresh domestic consumption is supplied from the states of Mexico, Nayarit, and Morelos. Domestic consumption for MY 2021/22 is forecast at 1.1 MMT. According to SIAP, annual per capita consumption is seven kilograms (approximately 15 pounds) per person. While a staple in Mexican cuisine, avocado consumption has not grown in recent years because of high prices driven by increased international demand.

Avocado has a wide range of uses as an industrialized product, including as a base for spreads, and oil production for cosmetic products. Avocado oil production from Hass and Fuerte varieties has increased in recent years. Read the full report from the USDA Foreign Agricultural Service HERE. 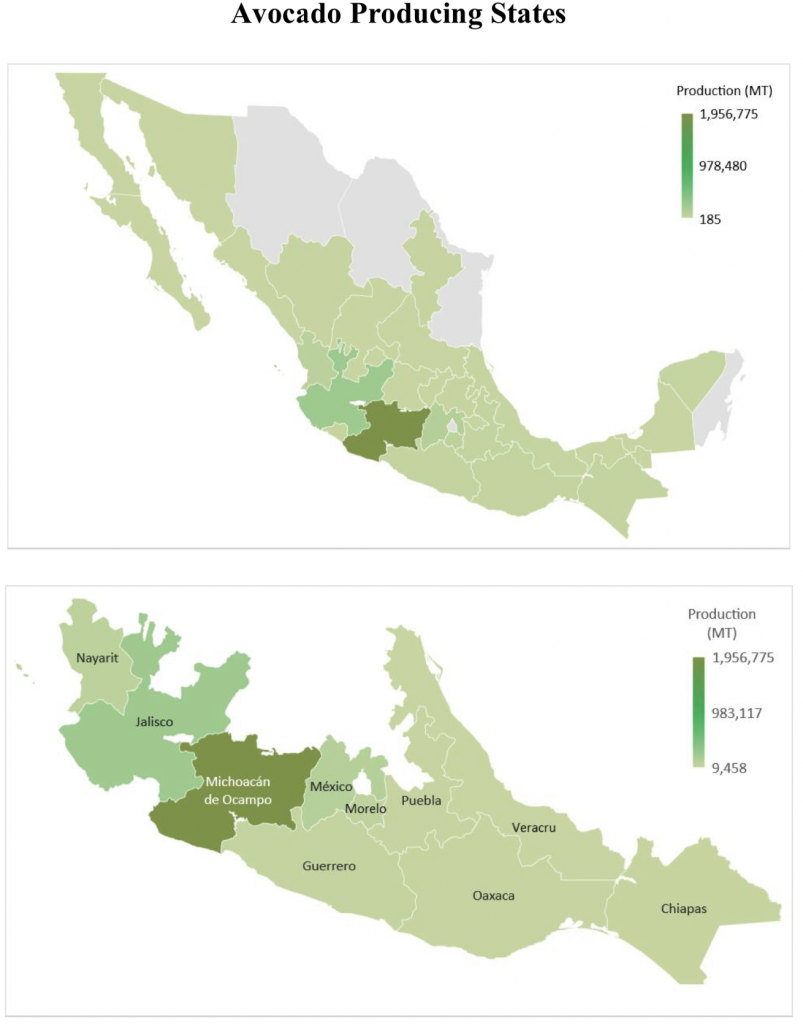