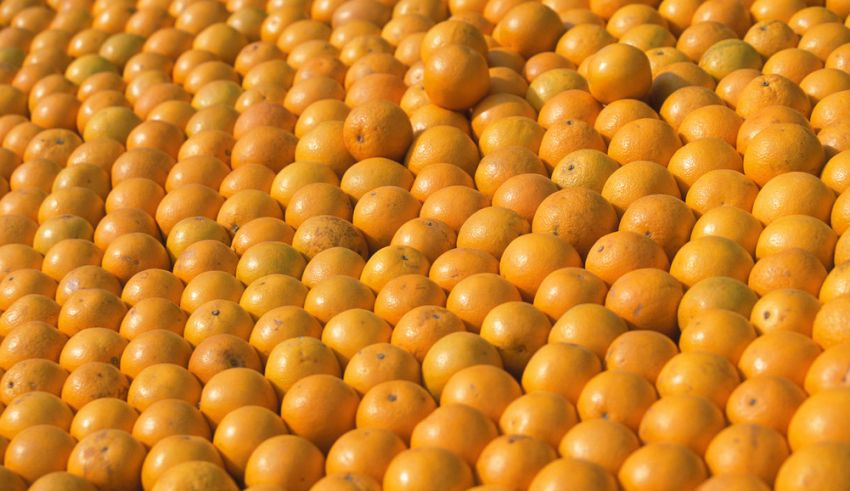 The March 2021-22 Valencia orange forecast is 17.2 million cartons, down from last year’s utilized production of 19 million. This forecast was based on the results of the 2021-22 Valencia Orange Objective Measurement (O.M.) Survey, which was conducted from January 11 to February 28, 2022. Estimated fruit set per tree, fruit diameter, trees per acre, bearing acreage, and oranges per carton were used in the statistical models estimating production. The season had experienced scattered precipitation in some areas but mainly warm and dry conditions in January and February. Survey data indicated an average fruit set per tree of 541, a 0.7% decrease from the previous year and slightly above the five-year average. The average March 1 diameter was 2.459 inches, down 3.6% from the previous year and slightly below the five-year average of 2.539. 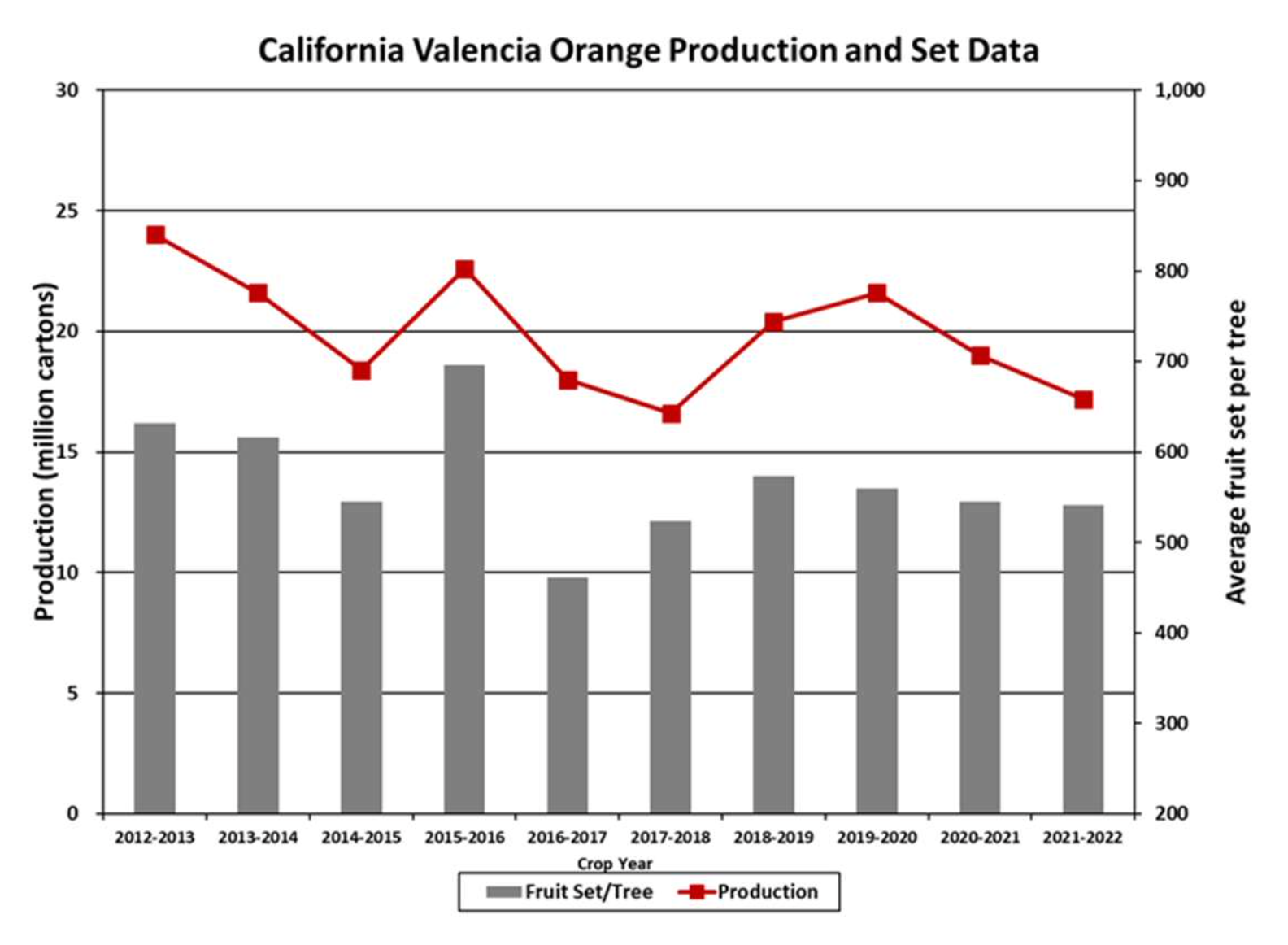 A Valencia Orange Objective Measurement Survey was conducted from the 1985-86 to 1993-94 seasons before suspension due to a lack of funding. The survey has been conducted since it was reinstated for the 1999-00 season, with the exception of the 2006-07 season due to a substantial freeze. The data from the first three years after the survey was reinstated were used for research purposes in developing crop- estimating models. 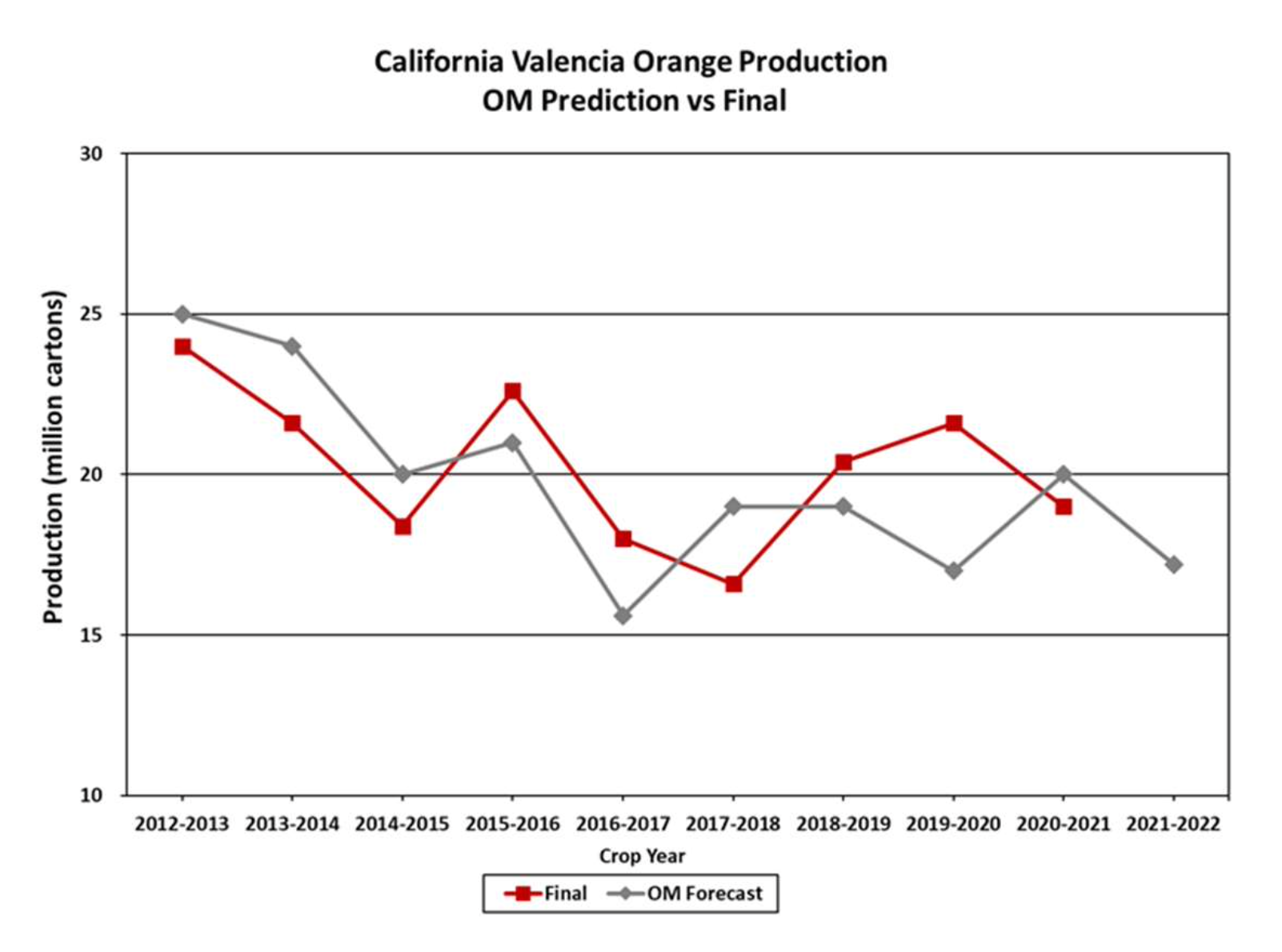 This process was repeated until a branch was reached with no significant limbs beyond it. This randomly-selected branch, called the terminal branch, was then closely inspected to count all fruit connected to it, as well as all of the fruit along the path from the trunk to the terminal branch. Since each selected path has a probability of selection associated with it, a probability- based method was then applied to estimate a fruit count for the entire tree.

In the last week of the survey period, fruit diameter measurements were collected on the right quadrant of four trees surrounding the two trees of every third sampled grove. These measurements were used to estimate an average fruit diameter per tree. The sampled groves were primarily in the top Valencia orange producing counties of Tulare, Kern, Fresno, Ventura, and San Diego. 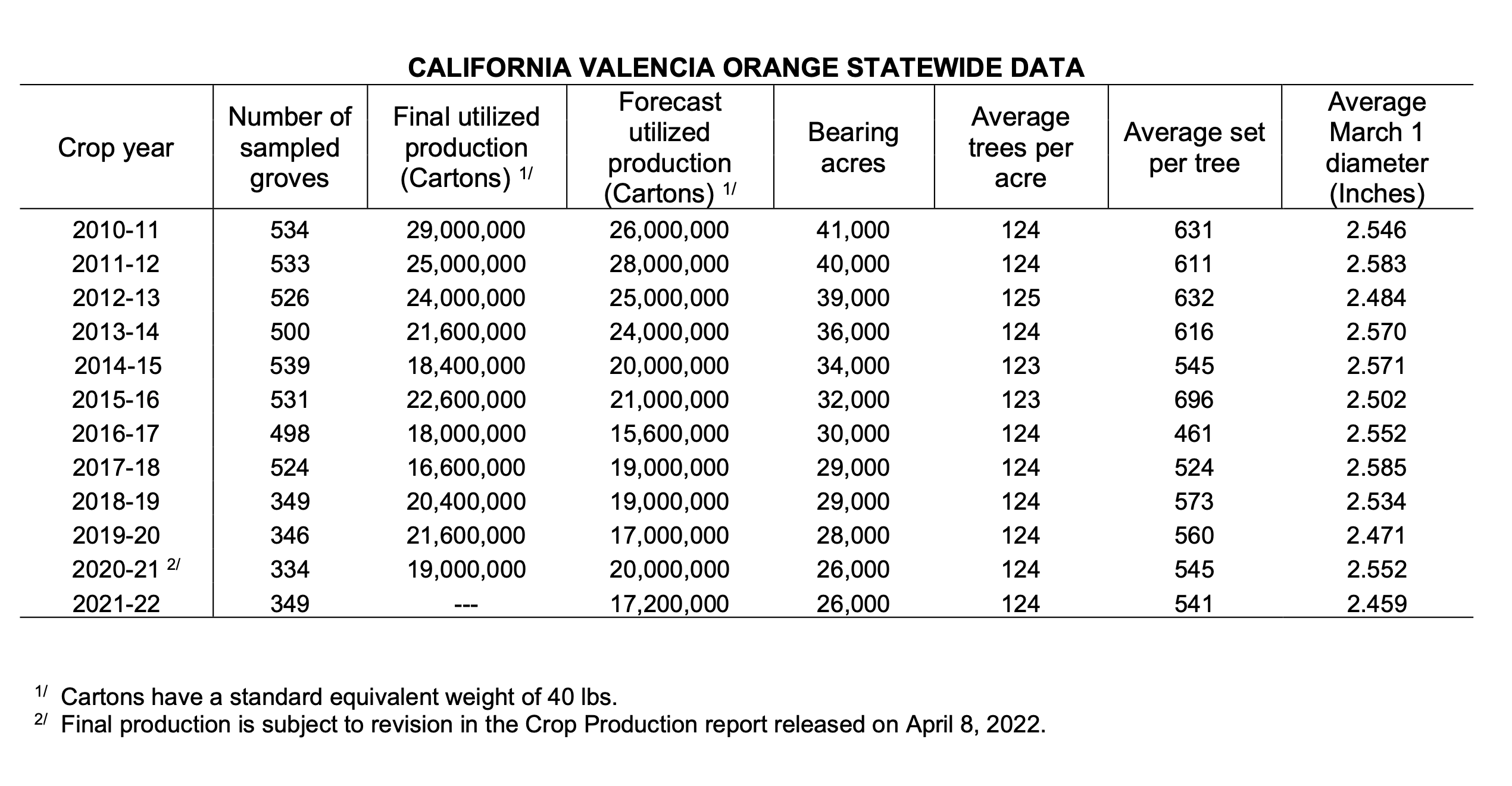