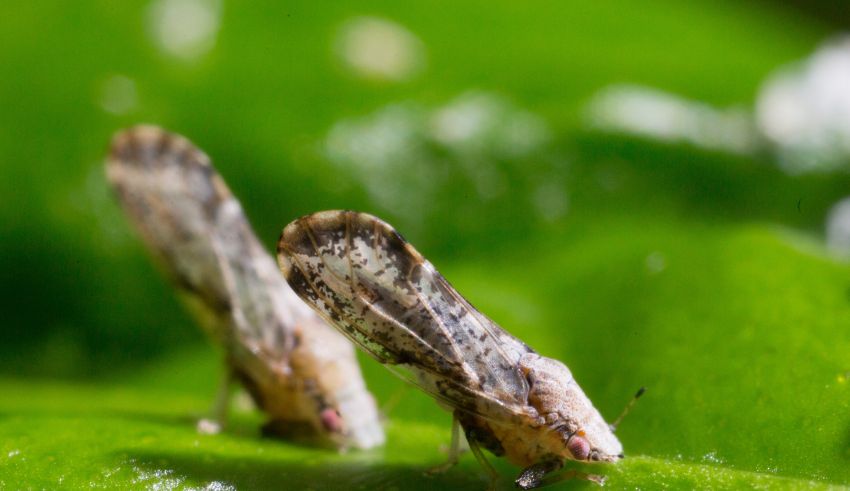 The new treatment effectively kills the bacterium causing the disease with a naturally occurring molecule found in wild citrus relatives. This molecule, an antimicrobial peptide, offers numerous advantages over the antibiotics currently used to treat the disease.

UCR geneticist Hailing Jin, who discovered the cure after a five-year search, explained that unlike antibiotic sprays, the peptide is stable even when used outdoors in high heat, easy to manufacture, and safe for humans.

“This peptide is found in the fruit of greening-tolerant Australian finger limes, which has been consumed for hundreds of years,” Jin said. “It is much safer to use this natural plant product on agricultural crops than other synthetic chemicals.”

Currently, some growers in Florida are spraying antibiotics and pesticides in an attempt to save trees from the CLas bacterium that causes citrus greening, also known as Huanglongbing or HLB.

“Most antibiotics are temperature sensitive, so their effects are largely reduced when applied in the hot weather,” Jin said. “By contrast, this peptide is stable even when used in 130-degree heat.”

Jin found the peptide by examining plants such as the Australian finger lime known to possess natural tolerance for the bacteria that causes Citrus Greening Disease, and she isolated the genes that contribute to this innate immunity. One of these genes produces the peptide, which she then tested over the course of two years. Improvement was soon visible.

“You can see the bacteria drastically reduced, and the leaves appear healthy again only a few months after treatment,” Jin said.

Because the peptide only needs to be reapplied a few times per year, it is highly cost effective for growers. This peptide can also be developed into a vaccine-like solution to protect young healthy plants from infection, as it is able to induce the plant’s innate immunity to the bacteria.

Jin’s peptide can be applied by injection or foliage spray, and it moves systemically through plants and remains stable, which makes the effect of the treatment stronger.

The treatment will be further enhanced with proprietary injection technology made by Invaio Sciences. UC Riverside has entered into an exclusive, worldwide license agreement with Invaio, ensuring this new treatment goes exactly where it’s needed in plants.

“Invaio is enthusiastic to partner with UC Riverside and advance this innovative technology for combating the disease known as Citrus Greening or Huanglongbing,” said Invaio Chief Science Officer Gerardo Ramos. “The prospect of addressing this previously incurable and devastating crop disease, helping agricultural communities and improving the environmental impact of production is exciting and rewarding,” he said. “This is crop protection in harmony with nature.”

The need for an HLB cure is a global problem, but hits especially close to home as California produces 80 percent of all the fresh citrus in the United States, said Brian Suh, director of technology commercialization in UCR’s Office of Technology Partnerships, which helps bring university technology to market for the benefit of society through licenses, partnerships, and startup companies.

“This license to Invaio opens up the opportunity for a product to get to market faster,” Suh said. “Cutting edge research from UCR, like the peptide identified by Dr. Jin, has a tremendous amount of commercial potential and can transform the trajectory of real-world problems with these innovative solutions.”

While the long-term effectiveness of this research has not yet been confirmed or published in a scientific journal and the project is still in its early stages, Dr. Jin’s promising findings have resulted in a commercial licensing agreement between UCR and Invaio Sciences. It is not uncommon for researchers to team with commercial licensing partners during the early phases of their studies. In this case, more work still needs to be done to confirm the robustness and viability of this treatment. Additional greenhouse trials are being initiated by Dr. Jin and her team at the citrus-specific Bio-Safety Level-3 Laboratory in Riverside, California. It also is expected that field trials will be conducted to show the effectiveness of the treatment under commercial grove conditions. — By Jules Bernstein, UC Riverside

Regarding the announcement, Marcy Martin from the California Citrus Research Board shared, “While the release was understandably enthusiastic about potentially promising research and we are heartened by the commercial interest in this peptide, we are looking forward to reviewing complete studies on the effectiveness of this therapy in greenhouse and field studies.

Importantly, this is not the time to let down our guard.  It continues to be critical for all citrus growers in the state to remain extremely vigilant in protecting their groves against the Asian citrus psyllid and HLB. The psyllid arrived from Mexico in 2008 and is now firmly established in southern California. The first HLB-positive tree was found in residential Los Angeles County in 2012. As of July 3, 2020, 1,926 HLB-affected trees have been identified and removed to slow the spread of the disease in residential areas of Los Angeles, Orange, Riverside and San Bernardino counties. Unlike Florida, where HLB has decimated commercial citrus groves, California growers invested in research early through the CRB and have been diligent in applying best-management practices; therefore, the disease has not yet been detected in any commercial groves. The CRB will continue to focus intensive efforts on a variety of promising research to find a solution to HLB.

In the meantime, we continue to monitor and review progress in potential therapies, new HLB-resistant varieties, better psyllid control strategies and more. We are enthusiastic about the commercial interest in HLB therapies and look forward to being able to share a range of potential approaches for California citrus growers as research progresses and matures. If you have any questions or would like additional information about the status of this research, please contact CRB President Marcy Martin at 559.708.3791 or marcy@citrusresearch.org.”